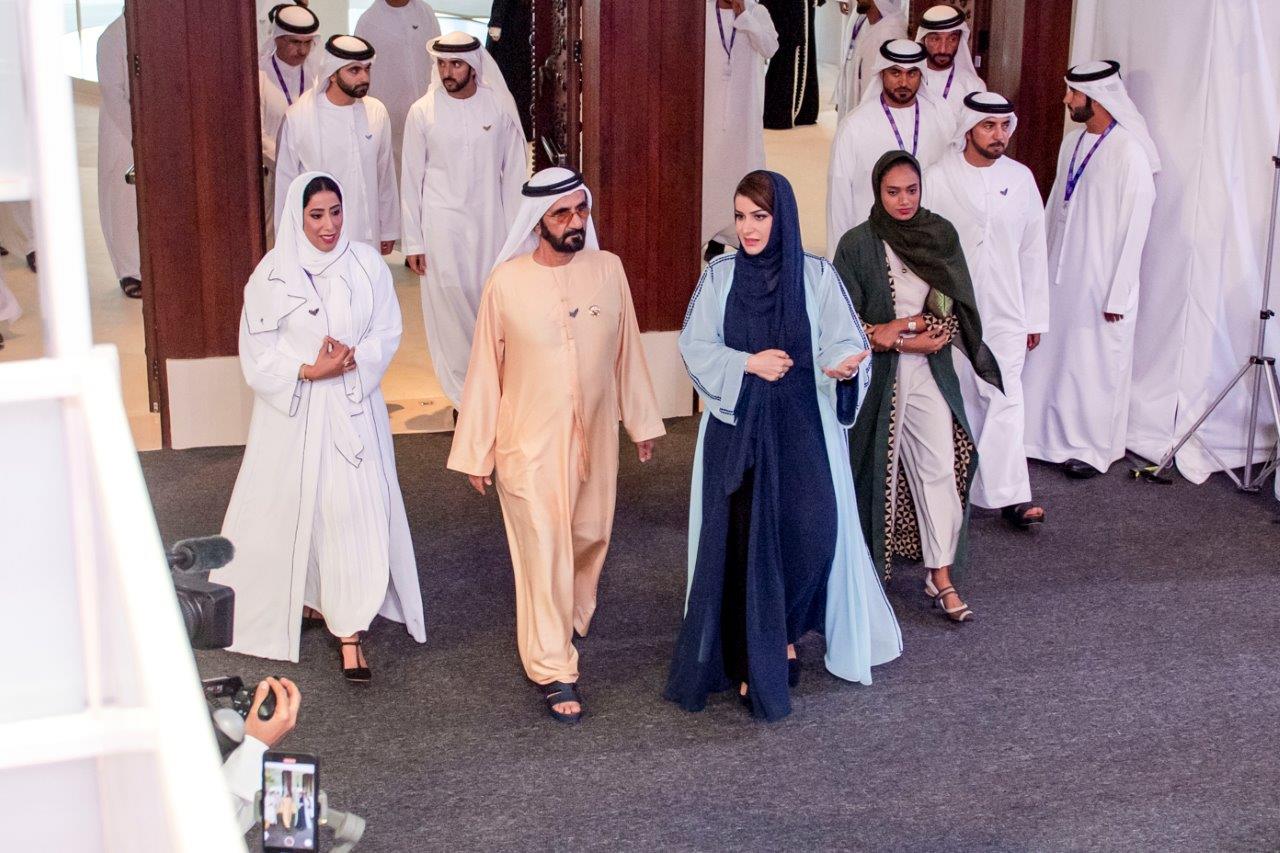 Government of Dubai Media Office – 16 February 2020: Vice President and Prime Minister of the UAE and Ruler of Dubai His Highness Sheikh Mohammed bin Rashid Al Maktoum, accompanied by Dubai Crown Prince His Highness Sheikh Hamdan bin Mohammed bin Rashid Al Maktoum, toured the Global Women’s Forum Dubai (GWFD) 2020, which is being hosted and organised by Dubai Women Establishment. Based on the theme ‘The Power of Influence’, Global Women’s Forum Dubai 2020 aims to highlight dynamic women across governments and the business world, as well as their significant impact and valuable contributions across the global economy and society.

Sheikh Mohammed started the tour with a stop at the Dubai Water and Electricity Authority (DEWA) stand, the Strategic Sustainability Partner of GWFD 2020, where he was briefed about DEWA’s efforts to empower women. The company is one of the largest government employers of women in technical positions within the energy sector across Dubai. DEWA has 1,933 women in its workforce, 80% of whom are Emirati. This includes 646 female engineers and technicians at DEWA, 87% of whom are Emiratis. Sheikh Mohammed was also briefed about the participation of DEWA’s female staff in conservation and community awareness programmes, especially those that target women. Over the past 10 years, these programmes and initiatives have achieved significant savings in electricity and water use within various stakeholder groups. Cumulative savings reached 2 terrawatt hours (TWh) of electricity and 7.4 billion gallons of water, equivalent to AED 1.2 billion. The savings contributed to reducing one million tonnes of carbon emissions.

Sheikh Mohammed also stopped by a mural created by the Federal Competitiveness and Statistics Authority, one of the sponsors of the event, where he was briefed about the progress made by the UAE in the Gender Inequality Index issued by the United Nations Development Programme (UNDP) 2019. The UAE was ranked 26th globally and first in the Arab world, in the Index.

His Highness also visited the Dubai Financial Market (DFM) stand, where he was briefed about DFM’s initiatives to empower women in the financial sector mainly through the eBoard initiative, the first platform to nominate board members in partnership with Dubai Women Establishment, launched in 2019. The initiative helped increase participation of women in boards of directors of companies.

Sheikh Mohammed was accompanied by His Highness Sheikh Mansour bin Mohammed bin Rashid Al Maktoum; and Chairperson of the Board and Managing Director of the Dubai Women Establishment, HE Mona Al Marri.

Dubai Electricity and Water Authority (DEWA) was formed on 1 January, 1992, by a decree issued by the late Sheikh Maktoum bin Rashid Al Maktoum to merge Dubai Electricity Company and Dubai Water Department, which had been operating independently before then. Both organisations were established by the late Sheikh Rashid bin Saeed Al Maktoum in 1959. Dubai Government fully supported the Electricity Company and the Water Department to provide Dubai’s citizens and residents with a continuous and reliable supply of electricity and water. Since then, DEWA has made considerable achievements, to be ranked as one of the best utilities in the world. DEWA provides services today to more than 900,000 customers with a happiness rate that reached 95% in 2018.

The UAE, represented by Dubai Electricity and Water Authority (DEWA), has maintained its first global ranking, for the third consecutive year, with scores of 100% in all Getting Electricity indicators in the World Bank’s Doing Business 2020 report. The report measures the ease of doing business in 190 economies around the world. DEWA achieved competitive results in global benchmarking, surpassing the private sector and major European and American utilities in efficiency and reliability. DEWA raised the efficiency of its energy production by using the latest technologies and adopting technological innovations, surpassing European and American utilities, by reducing losses from electricity transmission and distribution networks to 3.3% compared to 6–7% in the US and Europe. DEWA also achieved the lowest customer minutes lost per year (CML) in the world of 2.39 CML compared to 15 minutes in Europe and was also able to reduce water network losses to 6.5% in 2018 compared to 15% in North America, which is one of the best results in the world.